Under "the Brother Group Environmental Policy", we are working to maintain compliance with laws and regulations and prevent environmental pollution in each country and region in which we operate, throughout the life cycle of our products (product development and design; procurement of parts and materials; production; packaging and logistics; use by customers; and collection and recycling). Furthermore, the Brother Group is committed to continuously reducing our environmental impact, recognizes the risks and opportunities of environmental pollution as follows, and is making efforts to prevent pollution through ISO 14001 activities, etc.

Since 2008, BIL has systematically commissioned disposal in accordance with "the Act on Special Measures concerning Promotion of Proper Treatment of PCB Wastes". At the end of FY2017, BIL completed the commissioning of disposal of all electrical equipment containing waste PCB oil. The high-concentration PCB waste BIL has disposed of includes 2,468 units, such as capacitors and ballasts for fluorescent lamps; and the low-concentration PCB waste disposed of includes 41 units of end-of-life electrical equipment, such as transformers and capacitors. BIL also disposed of approximately 70 kg of waste PCB oil in FY2019. Contaminated materials such as waste cloth generated during disposal were disposed of by the end of June 2020. Also, because newly discovered inventory of ballasts for fluorescent lamps was found in 2019 in areas such as infrequently used stockrooms under stairwells in older manufacturing facilities, all stockrooms that had not been converted to LEDs were checked. Disposal of all ballasts for fluorescent lamps was completed by the end of June 2020. Furthermore, in April 2020, in response to an announcement by the Ministry of the Environment about the possibility of PCB having been used in non-private use electrical equipment such as elevators, BIL conducted an investigation and reconfirmed that there was no new PCB waste.

Regarding fluorocarbons, air conditioning equipment has been managed using "the refrigerant management system" of the Japan Refrigerants and Environment Conservation Organization (JRECO) since 2015 after "the Act on Rational Use and Appropriate Management of Fluorocarbons" came into force (April 2015). This system enables centralized and real-time monitoring of the operating statuses of about 1,600 air conditioners at BIL in Japan.

Manufacturing facilities outside Japan have identified applicable laws and regulations in respective regions within ISO 14001 systems. Management frameworks have also been established to ensure local environmental management. The Brother Green Procurement Management System is in operation with collaboration with suppliers to carefully select parts, materials and sub-materials used in production processes to prevent contamination with harmful chemical substances.

The Brother Group gives high priority to preventing environmental accidents by reviewing target facilities and processes and switching to alternatives that are less likely to cause pollution. When managing existing facilities, activities to prevent pollution include setting and complying with voluntary management targets through ISO 14001.

The Brother Group is striving to prevent air pollution. For example, we have replaced fossil fuel-fired boilers and heaters with electric or city gas-fired boilers and heaters, thus reducing the impact of emissions on the environment. City gas has a low CO2 emission coefficient.
BIL has abolished heavy oil-fired boilers, which contribute to air pollution, at all of our business sites, including employees' dormitories. Solar water heaters and heat pump equipment have mainly replaced the heavy-oil fired boilers used for employees' dormitories at manufacturing facilities outside Japan. The electricity supply for Brother Technology (Shenzhen) Ltd. (BTSL) in Huanan, China, which had relied on private power generation systems fueled by heavy oil, was replaced by the city's public utility service. Through these initiatives, BIL is reducing the risks of air pollution and global warming caused by CO2 emissions, as well as soil and underground water contamination.

A catalytic combustor was introduced in 1994 to the coating process installed at Brother's Kariya Manufacturing Facility to reduce volatile organic compounds (VOC) emissions. Exhaust gases are burned to control VOC emissions and prevent odors. Additionally, BIL is switching to materials with lower organic solvent content and reducing their usage. Meanwhile, BTSL sets up VOC treatment facilities in 2015 for the emissions from the processes used to form resin products and manufacture printed wiring boards for mounting parts. At the same time, the VOC treatment facilities were renewed in FY2020 to work toward preventing air pollution. 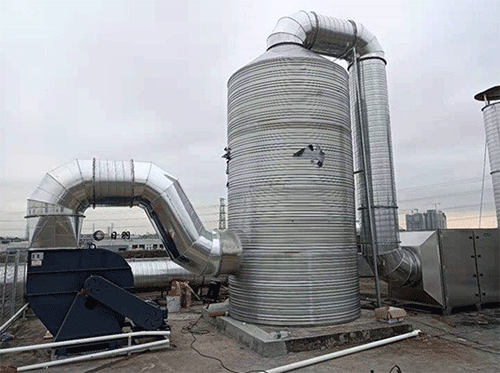 BIL is taking the following measures to prevent water pollution:
In FY2011, BIL installed a wastewater treatment facility at the Kariya Manufacturing Facility to treat our wastewater with the latest membrane bioreactor.
Brother Industries Saigon, Ltd. in Vietnam to treat wastewater from the parts cleaning process, Brother Machinery Xian Co., Ltd. in China to treat coating pretreatment wastewater, and Taiwan Brother Industries, Ltd. established wastewater treatment facilities to treat coating pretreatment wastewater. Brother Industries (Vietnam) Ltd., which expanded its manufacturing facility in 2012, upgraded the conventional wastewater treatment facility with a biofilm type facility. The increased treatment capacity has significantly lowered the environmental impact values of wastewater.
At Brother Machinery Vietnam Co., Ltd., which was established in 2013, a wastewater purification plant was introduced. Waste heat generated in the manufacturing facility is utilized to remove the water content of the wastewater from the coating pretreatment process, reducing the volume to sludge. By eliminating the waste fluid, the solid waste is appropriately treated. Other business sites do not have specified activities that cause significant environmental impact. At sites without sewage infrastructure, facilities have been installed to clean sewage and treat the resulting wastewater. These facilities comply with regional standards in accordance with the ISO 14001 facility management procedure.

As part of Brother's preventative measures, we periodically conduct emergency drills for hypothetical incidents such as hazardous wastewater flowing into sewage, public water sources, or permeating into soil. Other specific preventative measures include equipping wastewater treatment facilities with systems which constantly monitor chemical oxygen demand (COD) and installing oil traps for wastewater from cafeterias, to cope with an oil outflow accident. Biochemical oxygen demand (BOD) and n-hexane extracts (an index of the oil content in water, etc.) are regularly measured and monitored.

The fluorine and its compounds detected at the Kariya Manufacturing Facility were found outside the area where they had been used. Since there are no records of accidents, leakage, or disposal, it is difficult to identify the cause of the contamination. As of July 2020, under the guidance of Aichi Prefecture, the excavated contaminated soil has been removed and properly disposed of, and the area has been backfilled with clean soil. For groundwater, appropriate steps are being taken, such as setting up an observation well and carrying out monitoring.

Nissei Corporation implemented further measures to reduce the noise affecting its neighborhood by relocating the die-cast machine within the factory (away from the direction of the housing lots) in FY2016, and stopping and scrapping a large melting furnace to reduce the noise generated when raw materials were charged.

The scope of aggregation was directly related to the product range.
For the list of applicable sites, see page 6 of "Material balance" [PDF/240KB].